Reflecting on the Changing Seasons of Nature and Life 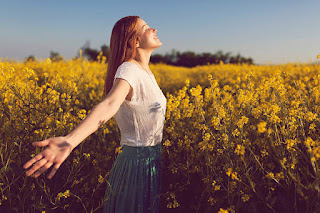 For a while now I've been stressed out over so much stuff, much of which is finally coming to an end. I'm slowly entering a new phase of life as we're also about to enter Autumn here.
Over the weekend we finally finished moving out of my son's old apartment. While I thought it was going to take several hours, it only took two hours from the time the moving pod was delivered (which happened right when we pulled up to the apartment) until we were done. Although I pushed myself to do too much, it's such a relief that it's finally over. I actually took the rest of the weekend off. We went to a farm store and got a few things we needed and picked up food on the way back. I then chilled and slept until this morning. I needed the rest to help me through the changes that are about to take place around here. Of course, my son will still need to unpack the pod and move the stuff into our apartment but he has 3 weeks to do that and I shouldn't have to do too much.

I finally get to see the neurologist on Friday but I've almost completely decided I'm going to tackle this naturally. I have so many health issues that if there's one that I can tackle naturally I feel I should at least give it a try. In fact, I've discovered that due to the health issues I now have, I can't take many of the medications they use to treat fibromyalgia. I also believe that later on in life I may need some medications that won't work if I take them now. For all of these reasons, I've decided to take charge of my own health and try some new things. I'm already on Vitamin E 180mg, D3 1000 Iu, Iron 18 mg, Vitamin B-12 1000 mcg, and Zinc 50 mg for my adrenal fatigue. Plus I'm taking two types of insulin, thyroid medication, stomach ulcer medication, and PTSD medication. So for now I'm trying magnesium spray, Epsom salt shower wash, an aromatherapy cream with Tea Tree and peppermint essential oils, Magnesium 500mg, and Curcumin Phytosome (Featuring Meriva SF) 500 mg. Hopefully, this combination will help as I want to start hiking again.

Now the only things on my plate are classes for my masters, my internship, and working on creating a new career for myself. Of course, I'll have to deal with life as it comes but I've already set up a lot of things like bills and subscriptions to take care of themselves automatically. I've also started ordering store pick up instead of spending time shopping. I think that all of this will help me feel less stressed and more invigorated for this new season I'm entering into.