Has the world gone crazy or is just me? 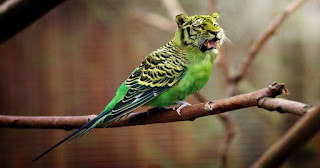 I'll be the first to admit that I believe we're living in a fallen world. There's no way our good God would allow sickness, destruction, and even us hurting one another like we do. However, lately, it seems to have gotten really bad. My son believes that we're just becoming more cognizant of it since the world is at our fingertips - on our cell phones.

Unfortunately, I don't think this is it at all. People are getting meaner and ruder to one another. Just a few examples of this:

While I try not to let the little things bother me, some of it does get under my skin - after all, I do have PTSD. I know I can't blame everything on this diagnosis. I also know (and I'm thankful) that I've come a long way since when I used to unleash the holy wrath of terror on people. However, I can't say that I don't still end up in tears from the situation and pain because of the stress.
People often wonder why this is so descriptive of me... 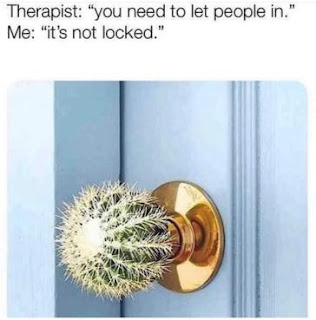 Honestly, I know it's a learned defense mechanism so I don't accidentally explode, end up in tears, or start hurting. I understand that this isn't the best way to handle things but I'd rather not be triggered. Nothing we do in life is ever going to be perfect and I need to learn not only to accept that but also how to accept myself.
I wish we could go back to the "good old days" when people were nicer and showed compassion for one another. Unfortunately, I don't see this happening. However, as a Christian, I should have known and accepted this a while ago. I guess it's just a hard pill to swallow.
Unfortunately, it isn't any different when you're in the church either. People hurt one another wherever they are. With this in mind, I truly believe that the church's new name should be "The Sinners' Hospital." Do you need to visit it today? I know I do.