I am Exactly Where I Need to Be (Testimony Time!) 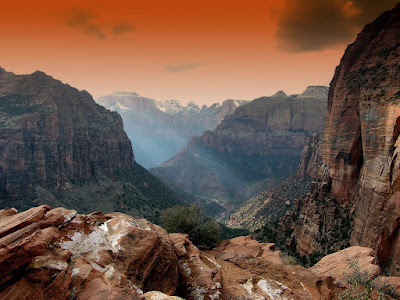 He got up and spoke sharp words to the wind.

At once the wind stopped blowing.

I encourage you to wait in the moment. Let Him take the driver's seat and just follow His lead. Here's why...

While I was in college I was told that I had the "gift of knowledge." Unfortunately, that was all that I was told so I never took it into consideration or even thought about how it could be used for good or evil. Eventually, I'd go on to spend several years reading Tarot to make money online. At one point during that time, I felt God calling out my name so I dropped the Tarot cards and rededicated my life to Him.

After doing so I met a great friend who helped me to understand that I needed to release this stronghold in my life by burning my Tarot cards. When we did so I heard God say, "This is where the magic begins." I never gave this much thought over the next two years. However, over the past week, it's all started to make sense. This gift of knowledge is one that I could use for good or for evil and while I'd been using it for the enemy in the past, I'm now using it for God's glory and He's blessing me for doing so.

Over the past week, I've not only been blessed by a friend speaking truths into my life that I needed to hear, I've also been asked to use my gift of knowledge to help several people, including a pastor. Now I don't say this to brag but to share how great it feels to know that you're living according to God's will for your life.

Are you feeling stuck? Are you wondering if God is ever going to help you move forward, create a new identity, or otherwise move in your life? I encourage you to stand strong. Ask Him to stop this storm and show you what He's doing so you can align yourself with His will.